The Wall That Heals Visits Newburgh

» The Nina and Pinta Tours

May 30th from the Patio of Billy Joe’s Ribworks

Prizes after each 45 minute session

» The Nina and Pinta

July 17th-20th 2014: The Nina and Pinta will be here.
Open for tours all weekend. July 19th: Will be the unveiling of the Bounty Memorial 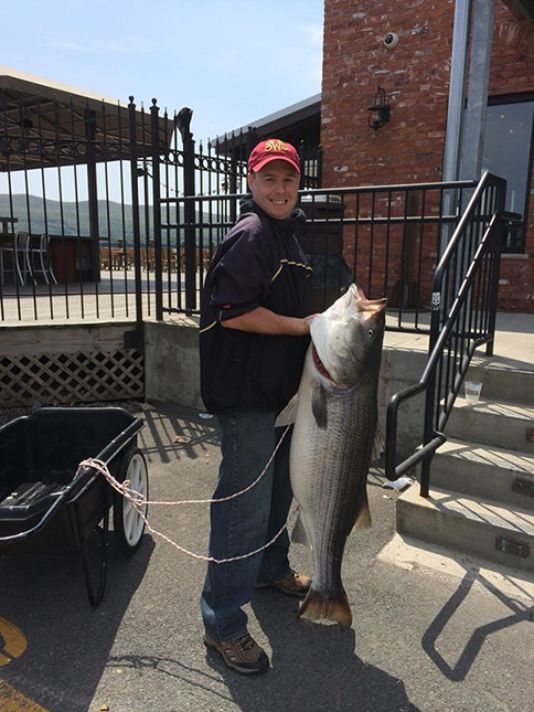 Now that is one big fish.

The state Department of Environmental Conservation announced Tuesday that a 60-pound female striped bass caught in the Hudson River last week is a record for the largest inland striped bass ever landed in the state.
The fish, measuring 53.4 inches long and 33 inches in girth, was hauled in by Eric Lester of Campbell Hall, Orange County, on May 14.
“This is a remarkable new record catch,” DEC Commissioner Joseph Martens said in a statement. “I congratulate Mr. Lester on his success and determination.”
Indeed, the DEC described Lester’s fish story as a “comedy of errors.”
According to the agency, Lester was fishing alone in Newburgh Bay when he hooked the leviathan.
As the fish fought, the reel came off his rod. Lester managed to fix the problem only to find the line tangled around his prop.
In spite of it all, he landed the fish. Lester’s striper surpassed the previous record of 55 pounds, 6 ounces, set in 2007. Biologists estimated the fish to be at least 20 years old, the DEC said.